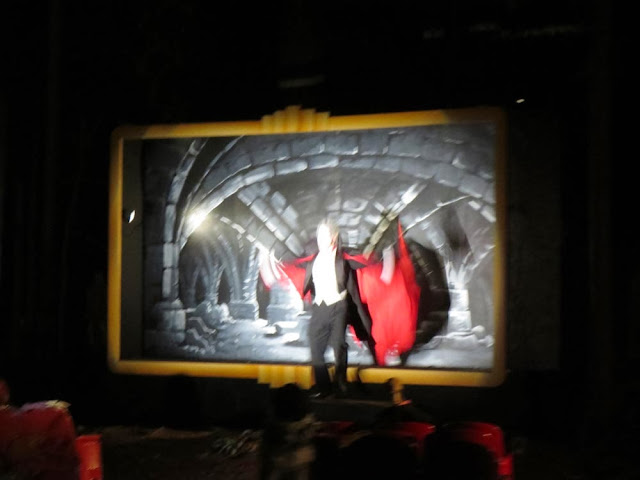 NOTE: The train is covered so riders are protected from rain. However, everyone should dress warmly for the cold autumn nights. 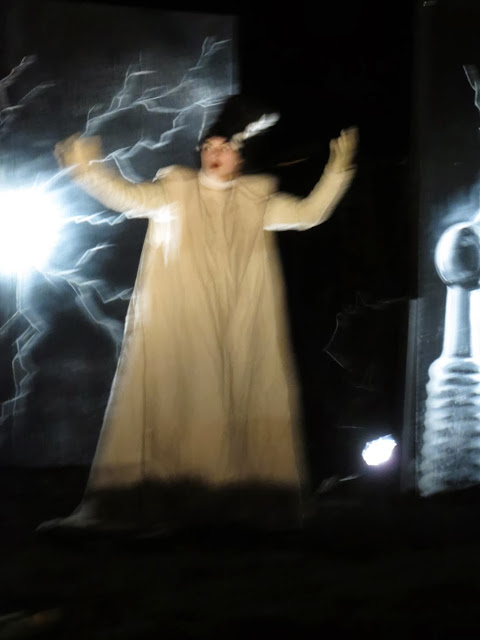 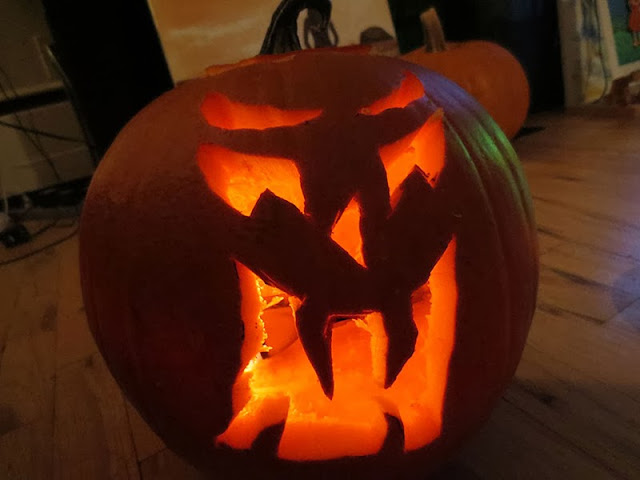 Posted by Tina Winterlik at 11:39 PM No comments:

No Woman, No Drive! Bob would be Proud!

This link was shared with me today. http://jalopnik.com/no-woman-no-drive-is-this-years-best-saudi-driving-1452607061

I heard about the protest Saudi women were making against not being allowed to drive and I think it's fantastic that this Saudi comedian Hisham Fageeh has made this video. Let's share and keep this going!! Show your support!  I'm sure Bob would be proud.

Posted by Tina Winterlik at 6:23 PM No comments:

It's getting late and I have school tomorrow but I HAD to post this video/movie. It is amazing information that needs to be shared with everyone.

There is so much validity to this and it's all explained here. This is why we love to go barefoot in the grass and on the beach.

This is why I love Mexico and how we walk like that all the time but here we are always in shoes.

One of my most favourite things was to wake up early and walk barefoot to the meditation point. I really miss that and I realize now I need to make this a daily routine.

When my kid would run  barefoot here people used to question me.

If you suffer from pain, snoring, heart disease please watch. Keep an open mind, the answers are here and we need to share this info with everyone. 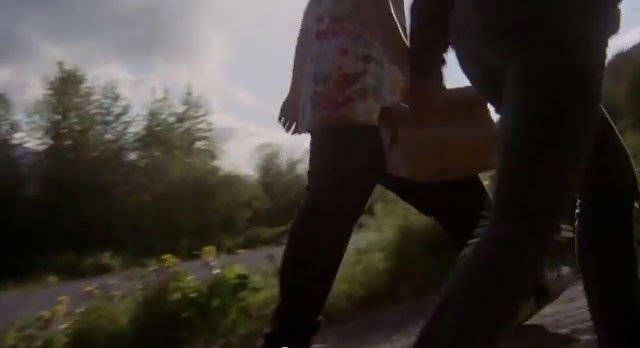 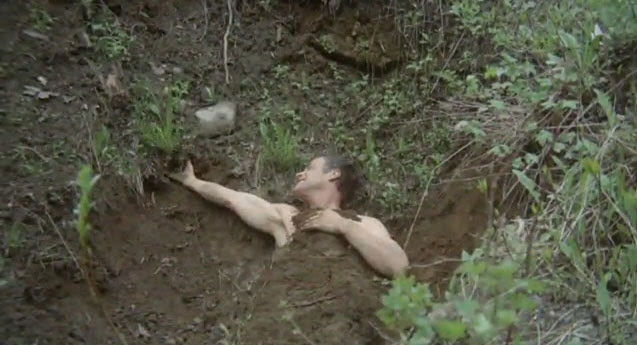 Posted by Tina Winterlik at 11:04 PM No comments:

How is Film Changing?

So you know I'm taking a course in Interaction Design. One of the things we are looking at is film.

Do you ever wonder about film??? like about it's history ( see below) and where it's going? I decided to post some of my favourite films but then also some controversial films to examine them further.

Project Happening's animated brief history of film. The documentary ranges from 1500 with Leonardo Da Vinci, to George Eastman in 1888, and concludes in 1895 with the Lumiere brothers, all in less than 5 minutes. Please leave a comment and let us know what you think.


There's so much to this it can't be explored to quickly. Anyways have a peak if you want...what do you think about how film is changing? After looking at all these clips and movies what do you think? Where are we going?

It's a Wonderful Life
http://en.wikipedia.org/wiki/It%27s_a_Wonderful_Life
The film stars James Stewart as George Bailey, a man who has given up his dreams in order to help others and whose imminent suicide on Christmas Eve brings about the intervention of his guardian angel, Clarence Odbody (Henry Travers).

Clarence shows George all the lives he has touched and how different life in his community of Bedford Falls would be had he never been born.

It's a Wonderful Life is considered one of the most critically acclaimed films ever made. It was nominated for five Oscars and has been recognized by the American Film Institute as one of the 100 best American films ever made,[6] placing number 11 on its initial 1998 greatest movie list, and would also place number one on its list of the most inspirational American films of all time.

My Interpretation: Poor George, his life feels like a failure. Nothing he does ever works out, or so it seems. On what seems the worse night of his life, when some money has been lost but it may put George in jail...George attempts to take his life. But an angel jumps in and saves him.  After listening to this angel- George  thinks he's still drunk or hit his head until the Angel convinces him it's all real. George wishes he was never born and the angel gives him his wish. The scary parts begin as George traces his way back home only to find he has no car, no friends, no family, all because he was never born. In the end a miracle happens, all the wonderful things he had done for people all come back as the entire town chips in and helps pay the debt. It's so funny, sad and happy it makes me cry just writing this. Now how does a movie do this?

http://en.wikipedia.org/wiki/Finding_Nemo
It tells the story of the over-protective clownfish named Marlin (Albert Brooks) who, along with a regal tang named Dory (Ellen DeGeneres), searches for his abducted son Nemo (Alexander Gould) all the way to Sydney Harbour.

Along the way, Marlin learns to take risks and let Nemo take care of himself.  Finding Nemo is a 2003 American computer-animated comedy-drama adventure film written and directed by Andrew Stanton, released by Walt Disney Pictures, and the fifth film produced by Pixar Animation Studios.

My Interpretation: When you watch this show like 200 times you begin to see all sorts of things.  Like how Nemo is a child that is physically challenged and that one of his parents was murdered. And that Dory is brain damaged.  That Marlin has huge trust issues.  But in a bizarre way Marlin, Nemo and Dory all need each other and in the end they all work it out and they become a family.  Even this makes me cry as I type...Why is this?

In the film, an Inuit boy named Kenai pursues a bear in revenge for a battle that he provoked in which his oldest brother Sitka is killed. He tracks down the bear and kills it, but the Spirits, angered by this needless death, change Kenai into a bear himself as punishment.[2]

In order to be human again, Kenai must learn to see through another's eyes, feel through another's heart, and discover the meaning of brotherhood.  The film received an Academy Award nomination for Best Animated Feature, but lost to Finding Nemo.

My Interpretation: This is such a great film but it's also really deep. Kenai kills the baby bear's mom. :(  That's really sad and tragic and then he turns into a bear.  All the awkardness of being lost and  in a strange environment  plus feelings of being misunderstood are dealt along with  the importance of family.  I loved the spirituality of it. It teaches empathy. It teaches that even though someone can drive you crazy you can love them anyways because they become family. Helpful if someone close to you has just passed as it reminds you they are still closeby.

The film is about the bond among a group of women from a parish in the Natchitoches, Louisiana, area. The movie is based on a 1987 play Steel Magnolias by Robert Harling, which in turn dealt with the playwright's experience with the death of his sister Susan Harling Robinson.

The title suggests the main female characters can be both as delicate as magnolias, and as tough as steel

My Interpretation: Powerful film, so great if you watch it near Easter. It's really dated but the message is strong. Women can endure some incredible things and also how strong a mother's love can be. It looks at the strength that other women can provide one another and that love can help overcome some of the saddest moments in life. It's got lots of humor too!

Still in limited release nearly four decades after its premiere, it has the longest-running theatrical release in film history. It gained notoriety as a midnight movie in 1977 when audiences began participating with the film in theatres. The film has a large international cult following and is one of the most well-known and financially successful midnight movies of all time

My Interpretation: This is a funny show. I've only seen it a few times and just watched the full movie last year...first time in forever. Super funny. It really deals with a lot of taboo subjects ...taboo at the time, almost the norm for many now. It's a great movie because it created conversation around what can be awkward  subject such as sexual orientation and for that I believe it because a very successful movie.


Reefer Madness (1938)
http://en.wikipedia.org/wiki/Reefer_Madness
Originally financed by a church group under the title Tell Your Children, the film was intended to be shown to parents as a morality tale attempting to teach them about the dangers of cannabis use.[1] However, soon after the film was shot, it was purchased by producer Dwain Esper, who re-cut the film for distribution on the exploitation film circuit.[1] The film did not gain an audience until it was rediscovered in the 1970s and gained new life as a piece of unintentional comedy among advocates of cannabis policy reform.

My Interpretation: I haven't watch all of it, I have seen clips and it is really funny.


Monsanto A Documentary on GMO a must watch


In preparation of the global March Against Monsanto, you are invited to watch our award-winning documentary Seeds of Death free.

The leaders of Big Agriculture--Monsanto, DuPont, Syngenta--are determined that world's populations remain ignorant about the serious health and environmental risks of genetically modified crops and industrial agriculture. Deep layers of deception and corruption underlie both the science favoring GMOs and the corporations and governments supporting them.

This award-winning documentary, Seeds of Death, exposes the lies about GMOs and pulls back the curtains to witness our planet's future if Big Agriculture's new green revolution becomes our dominant food supply.

My Interpretation: Super disturbing! Everyone needs to watch this movie.


Super Size Me
While examining the influence of the fast food industry, Morgan Spurlock personally explores the consequences on his health of a diet of solely McDonald's food for one month.
http://en.wikipedia.org/wiki/Super_Size_Me

My Interpretation: Same for this one -Super disturbing! Everyone needs to watch this movie.


My Dad's Home Movies -These are home movies are over 40 years old and are truly my memories that he captured for me. I am so grateful.

http://en.wikipedia.org/wiki/The_Last_Mimzy
Presented as a memory flashback by a woman named Lena that takes place in the distant future, The Last Mimzy is the story of a distant future's attempt to avert a catastrophic ecological disaster that has destroyed their peaceful world. High tech devices disguised as toys, are sent back into the distant past and into the hands of Noah and Emma Wilder, two children who live with their parents, Jo (Joely Richardson) and David, (Timothy Hutton) in early 21st century in Seattle.

My Interpretation: So GOOD!! Love this movie, it was just on the other week. So many great messages here.  You have to watch it, I don't want to spoil it for you if you haven't seen it.

http://en.wikipedia.org/wiki/Avatar_%282009_film%29
Website: www.avatarmovie.com
In the future, a paraplegic war veteran is brought to the planet Pandora which is inhabited by the Navi. The Navi is a humanoid race with their own language and culture, but the people of Earth find themselves at odds with the Navi.

My Interpretation: This movie so much reminds me of the Indigenous cultures trying to survive again the big oil and mining companies destroying their land. Love this movie.


Here are 2 of my favourite inspirational films. He had more but sadly he's taken them down. :(

Some background on how the history of television and film.


HISTORY: How TV Was Invented

That's all I got for now. Hope you liked taking a peak thru all these movies with me. :D
Posted by Tina Winterlik at 6:55 PM No comments:

It's that date again. It comes every year. Sometimes it sneaks up or sometimes I'm very aware.

I miss my dad. I think of my mom more but only because I had her much longer. I miss them both a lot.  I really wish they were both here for Angel's sake. But life is what it is.

I am grateful for many of the things my dad did do for me. One great thing is he left me a lot of memories. He did it with his home movies.

And so to commemorate this day I am sharing this video.

I love you daddy! Thanks for the memories!


Posted by Tina Winterlik at 7:28 PM No comments: