Check Out The Spill Impact Assessment by City of Vancouver

Here is a pdf presentation the City of Vancouver developed to present to the NEB- Spill Impact Presentation. So stupid this has to be done. So glad they did an excellent job. The evidence is obvious, Kinder Morgan has got to go!! No Tankers! No Pipeline.

This is so scary for everyone!

I think this video really shows the beauty of our beaches and how much we enjoy them.

I pray we can keep them clean and beautiful and oil free forever!

Here are some paintings I have made for a show I hope to have called #SaveOurCoast
http://zipolita.com/new-paintings-by-zipolita/

Posted by Tina Winterlik at 6:44 PM No comments:

Labels: #SaveOurCoast, Beautiful BC, City of Vancouver, Green BC, no oil, no tankers, Pdf, presentation, sand, save Canada, Save Lives. Beaches, Save Vancouver, stop kindermorgan

Brillant!! All about the books!

Now that's how you do Video Marketing!! 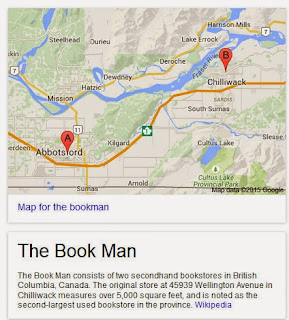 Labels: all about the books, bookman, books, brilliant, chilliwack, funny, no kindle, parody

Hey Everyone, I just wanted to share the new blog I made.  It's called "I Heart Granville Island" and I am really happy with my new idea.

I hope you will check it out! I am working really hard on it and I hope it's a huge success. But I need everyone's help. I want to share how wonderful Granville Island. I hope to get all the businesses and artists to let me make videos for them and then share them there.

That's where you come you, I need you to share the blog/videos/info so we can tell all the wonderful people around the world what a super special place Granville Island is. Will you help? I thought you would. :D Thanks!!

Check it out here!
http://iheartgranvilleisland.blogspot.ca/ 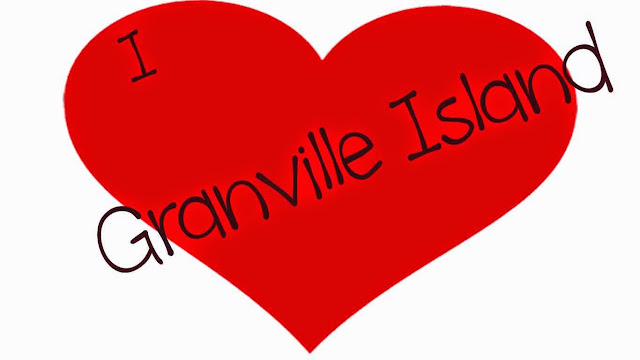 Posted by Tina Winterlik at 6:43 PM No comments:


Such very sad news today. I cried when I watched this video now, not sure why it touched me so. He really did have a BEAUTIFUL MIND and she was a wonderful compassionate understanding soul to have loved and care for this man and the issues that he endured.


John Forbes Nash Jr., a mathematical genius whose struggle with schizophrenia was chronicled in the 2001 movie "A Beautiful Mind," has died along with his wife in a car crash on the New Jersey Turnpike. He was 86.


Nash and Alicia Nash, 82, of Princeton Township, were killed in a taxi crash Saturday, state police said. A colleague who had received an award with Nash in Norway earlier in the week said they had just flown home and the couple had taken a cab home from the airport. https://ca.news.yahoo.com/newsalert-nobel-prize-winning-mathematician-john-nash-killed-150203327.html

From Wikipedia
In 1959, Nash began showing clear signs of mental illness, and spent several years at psychiatric hospitals being treated for paranoid schizophrenia. After 1970, his condition slowly improved, allowing him to return to academic work by the mid-1980s.[1] His struggles with his illness and his recovery became the basis for Sylvia Nasar's biography, A Beautiful Mind, as well as a film of the same name starring Russell Crowe  http://en.wikipedia.org/wiki/John_Forbes_Nash,_Jr.

Alicia Nash- http://www.pbs.org/wgbh/amex/nash/peopleevents/p_anash.html
After three years of familial turmoil, Alicia filed for divorce, something that the Hollywood version of Nash's life left out. With the help of her mother, Alicia raised their son John on her own. Later he, too, turned out to have schizophrenia. In 1970 a decade after the divorce and with her ex-husband struggling just to survive, Alicia took him into her home not as a husband but as what she called her " boarder."

"They say that a lot of people are left on the back wards of mental institutions," says Alicia, speaking of her decision to take Nash in. "And somehow their few chances to get out go by and they just end up there. So, that was one of the reasons I said, 'Well, I can put you up.' "

"If she hadn' t taken him in, he would have wound up on the streets," believes Nasar. "He had no income. He had no home.


I think that Alicia saved his life." In the 1980s, John slowly emerged from schizophrenia and in 1994 he received a Nobel Prize in Economics for the game theory work he completed as a young man. In the spring of 2001, Alicia and John were remarried, 38 years after their divorce
Posted by Tina Winterlik at 8:22 PM No comments:

Monsanto is the Real Terrorists- SAVE OUR FOOD!! NO GMO!

Posted by Tina Winterlik at 8:35 PM No comments:

Went for a walk the other day and passed through the community gardens. Sadly they are a shadow of their former glory. Breaks my heart. :(


DO NOT STEAL OR DIG. THIS IS SAFE FROM CPR. PLEASE RESPECT!!

Posted by Tina Winterlik at 11:38 AM No comments:

STOP TANKERS IN THE INSIDE PASSAGE!!
Posted by Tina Winterlik at 9:06 PM No comments:

Who will Save the Paiges? WTF when will it Change!

Poor Poor Paige! This is such a sad and disturbing story but doesn't surprise me. The DTES is plagued with issues like this. Much of it stems back to social assistance and lack of funding and services. The system treats people like dirt. And you happen to be aboriginal then it's often less than dirt because you are stigmatized. Somehow people think it's their fault. Enough already!!

There is no one there for the people. I can't even begin to tell you the issues I faced when I was on assistance and to be a child born to an addicted mother trying to survive anyway she could it's just heartbreaking.

You have to hear this video. We NEED CHANGE NOW!!


As she says when are we going to have a proper program to help them not have to resort to survival sex and drug debt collections. WAKE UP PEOPLE!! WAKE UP BC!

"Turpel-Lafond said the investigation is among the most troubling her office has ever conducted, but it is sadly not unique. She estimates there are about 100 to 150 aboriginal youth similar to Paige in the Downtown Eastside. "

I feel so sad for Paige, I am going to say prayers and do a little healing ceremony so she can rest in peace. Shameful, someone needs to be held responsible and it's you and me!! We need to help change this. Please do what you can, now!

Posted by Tina Winterlik at 5:23 PM

Last night I was fortunate to meet Constance Barnes. She was so lovely and friendly and I am so happy that she is challenging Liberal Hedy Fry! I didn't know! Hurray there is hope!! Constance is my hero! http://www.straight.com/news/780526/ndp-nominates-constance-barnes-challenge-liberal-hedy-fry-vancouver-centre

Now normally I am Green but for this I am voting NDP! Constance is for the people. Last night my friend asked who she was, I was like, that's Constance Barnes, she's like a celebrity! She really cares about the people and fights for them.

If you want to know more about Constance then check this out http://constancebarnes.ndp.ca/about

I first became aware of her when I was following Jagrup's Welfare Challenge. http://mlaonwelfare.com/ She is a fine lady who has experienced hard times herself and has been on welfare. She knows the unfairness of the system and she can relate to others who have suffered the same challenges. Her dad Emery Barnes  http://en.wikipedia.org/wiki/Emery_Barnes went on welfare many years ago to make a point about the unfairness of it. Sadly nothing has changed. This video is four years old and still nothing is changed, it's time for change!! I believe that Constance is one of  The Changerzz-http://thechangerzz.blogspot.ca/


Please vote for her. Defeat Hedy Fry and let's get someone in here who will really make a difference and move forward in the positive ways that we need.

Constance is a popular municipal leader and tourism professional with the experience and determination to deliver results as Vancouver Centre’s next MP.
She’s ready to get to work with Tom Mulcair’s NDP team to:
If you like Twitter you can follow her here

Or if you have a preference for Facebook then check it out here
https://www.facebook.com/constance.barnes.ndp


Posted by Tina Winterlik at 9:11 AM No comments:

Hurray!! I want to go learn in their classroom!!

Maybe now we can all have a chance to learn from these great teachers.

https://www.facebook.com/leadnowcanada?fref=nf
"In a huge victory for First Nations rights, the BC government has bought out the coal mining permits of the Sacred Headwaters region in Northern BC in an effort to create a conversation around conservation, governance and land management.

In light of this victory, Beyond Boarding has released a portion of their documentary, Northern Grease which showcases the beauty, actions, and sacrifice of the Klabona Keepers to fight for the Sacred Headwaters."

If you want to view paradise
Simply look around and view it
Anything you want to, do it
Wanta change the world?
There's nothing
To it

WE CAN DO IT TOO!

I was reading Facebook and came across this and I thought we have got to do better.
http://globalnews.ca/news/1984786/planned-move-of-dtes-street-market-causes-controversy/

If only they could grow their own gardens and then could sell and share the food. And then I remember about this man. We have all the technology, food just keeps getting more expensive and everything they talk about people living in a city can relate too!! The DTES is our BRONKS and we need to CHANGE that. ARE YOU ONE OF THE CHANGERZ?

Green Bronx Machine believes that we are all Amer-I-CANS! Let's grow our future together!!! http://bit.ly/1KRLMGb
BRONX, USA · http://greenbronxmachine.org

Kid Warrior- LISTEN to him!!

"We've gotten threats from the oil and gas industry," Martinez says in Kid Warrior,
a short documentary profiling his pursuits. "Shit like that's scary. My mom wouldn't let me walk home from school for, like, the next two months. For me, it's 14-year-old kid going up against a multimillion dollar industry who will stop at nothing to silence my voice. Weird shit  happens when people start to tell the truth about big industries that take advantage of communities and take advantage of resources."

Posted by Tina Winterlik at 10:09 AM No comments: