Dear friends! Shambhala is soggy and and battered, but recovering slowly. Power, water and cellular service have been restored, and we've just had our first 24hrs without rain. We are cleaning and repairing as best we can. Every square foot of Shambhala inside and out was covered with crud, and everything got wet. Two cabanas were completely destroyed, and most of the other roofs have problems and are leaking. almost all the mattrasses are damp, and there are mountains of laundry to do, but it is difficult with the rain. Hopefully we have some more sun so we can dry things out a bit, but the rain never goes away for long.

To the people who have forwarded us money, thank you!! We have raised 4000 pesos so far and that money is going directly into relief efforts. We've bought nails, hinges, and other hardware, cleaning supplies, and some much-needed groceries to provide decent nutrition to the workers, friends and volunteers who are here rebuilding Shambhala. Some Shambhala workers have also lost homes in this storm, they need to be paid.

We are still in serious need of help. Most of all we need building and roofing materials -- tiles, laminate, palm fronds, etc. and tarps. The longer we go without proper roofing, the worse the damage gets. And the electric bill is due. If you are planning to visit Shambhala in the future, to stay or even just for a meal, we would be grateful if you would forward us payment in advance. The current need is great. Any amount you provide will be put to immediate use aiding recovery. Of course if you simply feel moved to help us, we would be very grateful.

With all of the Shambhala familia, far and wide, pulling together we will get through this. Thank you everyone for your support and well-wishes. Keeps sending positive energy! Love to you all..

Posted by Tina Winterlik at 8:20 PM No comments:


We are going Wwoofing soon. http://www.wwoof.ca To work on an Organic Farm - in exchange for food and shelter. We are really looking forward to it. In our neighbourhood there are some really great little gardens and I wanted to share this one with you. Even though we haven't had a lot of sun, and we've had a ton of rain...JUST LOOK, LOOK at this AWESOME GARDEN!

Music by
"Rooted In Peace" by Admiral Bob (feat. snowflake)
http://ccmixter.org/files/admiralbob77/33646
is licensed under a Creative Commons license:
http://creativecommons.org/licenses/by/3.0/

Posted by Tina Winterlik at 12:00 PM No comments:

Gloria is humbly suggesting that friends and family of Shambhala pre-pay their next Shambhala visit now, in this time of serious need.

Any funds you contribute now can be applied to a future visit, with a paypal receipt.

Even if you aren't planning a visit, any donation amount helps. Rebuild Shambhala -CLICK HERE 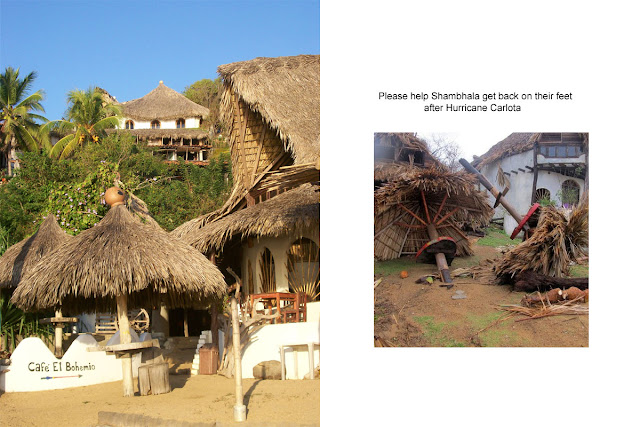 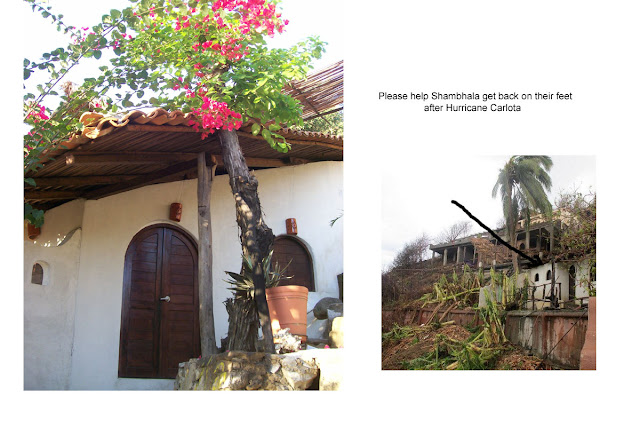 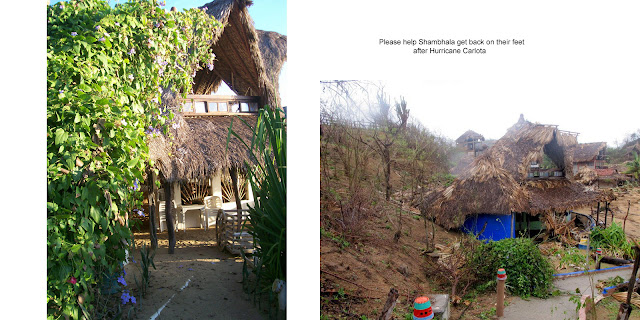 Posted by Tina Winterlik at 7:46 AM No comments:

National Aboriginal Day is a day recognizing and celebrating the cultures and contributions of the First Nations, Inuit and Métis peoples of Canada.[1] The day was first celebrated in 1996, after it was proclaimed that year by then Governor General of Canada Roméo LeBlanc, to be celebrated on June 21 annually. Most provincial jurisdictions, however, do not recognise it as a statutory holiday

Made this last summer, we had a great time at the Stanley Park


Klahowya Village @KlahowyaVillage Vancouver, BC, Canada Enjoy the warmth of our Aboriginal Summer Village and join the excitement from May 16 – September 11, 2011. Klahowya Village in Vancouver's Stanley Park is an a http://www.AboriginalBC.com/Klahowya-Village

In 1995 I did a Photography project that I did while attending Langara's Professional Photography Program. It was called "People in Tradition Dress."

Here's one photo.
Read here for more. I really LOVE this image. It's a black and white photos, taken on a medium format camera. Then printed and hand-coloured with oils.

Posted by Tina Winterlik at 10:28 AM No comments:

Poverty- Not the American Dream

I can totally relate to that lady whose "been crying all day" and those 2 little boys, well if they don't make you cry you must have a heart of stone. They talk about the American Dream...well I can only speak for the Canadian Dream...that it is very similar here and all I can say is that it wasn't supposed to be this way. I just don't believe there was supposed to such a mass of millionaires and billionares and then people who have nothing.

It's hard to believe that my grandparents came to Canada to get their little piece of land and now so many people who are all on the verge of homelessness or are homeless. There grandparents and parent worked hard too. What the frig is happening. How can things get better. What has to change???

So many children growing up in poverty, going to bed hungry, worrying all the time about money. So gross, so sad. My mother's family had a very hard time during the depression and the physical effects of lack of  good nutrition sadly took their toll on her body her entire life.

I hope this movie gets made. It looks really good and maybe just maybe it will open peoples eyes about the true face of poverty.

Did you see, in BC we regained a tiny step...people are now allowed to keep $200 while on assistance. Before it was clawed back. People were being horribly oppressed but now maybe this will help the tinyiest. It comes to late for some.

The stupid part of the deal is now they are making it harder to get assistance. Making people wait 5 weeks.

If the Politicians would give up their pensions and put that money into some kind of growing fund...maybe some kind of progress could be made. The system pretty darn hopeless and in my opinion is more of an abuser than a aid.


http://www.americanwinterfilm.com/The team behind AMERICAN WINTER is raising funds to complete this documentary about what millions of families are going through in the worst economic crisis since the Great Depression.


I have to tell you I am so psyched...I spoke with the family we are woofing with today and WOW! it's going to be great. The woman whom I spoke with has ordered a Yurt and is just waiting for it to arrive. PLEASE, may I ask you to take a second, and lets say a collective prayer together to bring the Yurt to it's new home...and we the lucky souls get to be the first to live it it. Isn't that the coolest.

Anyways I want to share with you what I have found on Yurts. It's changed my view of them and opened my mind and I am just so appreciative of people who have traveled and shared their knowledge and developed and adapted their ideas and materials to function in different environments.

I love what it says on this site...


Yurts. Don’t Box Yourself In!

Create the space you long for: luxurious, simple or somewhere in between

With its circular design and spacious interior, the yurt encourages both social activity and quiet contemplation. With a few friends, you can set up a yurt up in a day or two. Wire it, heat it and plumb it just like a traditional home. Or go off-the-grid and live sustainably in a yurt. Create big family meals in the kitchen. Add a bathroom or a luxurious spa. Based on the traditional Mongolian yurt, also known as a ger, our high-quality, affordable, durable, Colorado Yurt could be just what you’re looking for!

Well let's pray the Yurt arrives from it's destination soon and we get to experience this life...as we go woofing.

What's woofing.. Check it out. http://www.wwoof.ca/

Other interesting link
Art Therapy  http://en.wikipedia.org/wiki/Art_therapy
Because of its dual origins in art and psychotherapy, art therapy definitions vary. It can either focus on dealing with the art-making process as therapeutic in and of itself ("art as therapy"), or on the psychotherapeutic transference process between the therapist and the client who makes art. The therapist interprets the client's symbolic self-expression, as communicated in the art, and elicits interpretations from the client. Read More


Well lots is changing...I messed up my blogs a bit the other day and so I  decided to re vamp them. I did a little tonight but still need to work on them, so stay tuned. Also lots is changing in that we are going to
take a bit of a media break. We are going woofing- which means to work on an organic farm and we are going to be traveling and so I won't be online as much. Well that's where I am. I just wanted to share that with
you so you won't be wondering. Okay, so now you know. :)

Posted by Tina Winterlik at 10:50 PM No comments:


We had the best day at the Kite Festival today. http://bcka.bc.ca/events/pacific-rim-festival/ It's on tomorrow to so be sure to check it out. The sun came out the the wind picked up so it was really great. Here's a few pics below. I will put up a video in a bit.

Thanks to Big John- He is the guy who makes the Giant Kites and to Diane for helping make my daughter's kite and to all the people who work so hard to put this INCREDIBLE kite festival on.

Thank You!!
Posted by Tina Winterlik at 8:58 PM No comments: 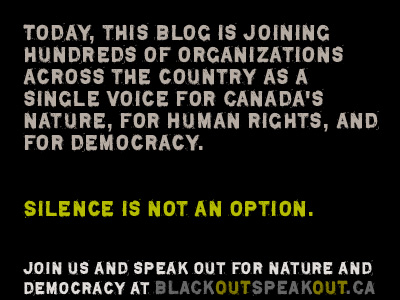 Posted by Tina Winterlik at 7:54 AM No comments:

I just LOVE the Queen's website for the Diamond Jubilee, it's fabulous. So down-to-earth and I love the child-like drawing and feel of it. It's so welcoming and FUN!! and the Queen looks fabulous. I always thought my mom looked a lot like the Queen and so it seems even more special to me.
http://www.thediamondjubilee.org/

You can even send the Queen a nice message if you want! http://www.thediamondjubilee.org/send-message-queen

Posted by Tina Winterlik at 10:40 AM No comments:

Did you hear how Christie Clark and Richard Branson had an issue this week.

He suggested that she come kite surfing with him, naked, on his back.... EWWWW! and then he apologized on Twitter.

There is everything soooooo sooooooooooooo wrong with all of it.

Now I don't even like Christie Clark- as a politician...but that's besides the point .... the main thing I want to point out is that Why! Why would he think that the Kitesurfing thing was okay. Boggles my mind.

I used to think Richard Branson was this super cool intelligent guy...oops, my mistake...or maybe just his mistake but he has the money, he could fix it.

I have no issues with nudity, but there's a time and place and taking a photo of a woman in that way is so degrading and really disrespectful to all women. And to flaunt it and tweet it...What was he thinking??
Maybe your not well Richard?

Why are women being Miss Represented in the Media like this? You would never see a man like that?

And why did that women do that and why would she/they have a photo taken and let it be released for everyone to see. (Obviously money and misguided)

I'm not perfect and I've made mistakes.

Richard have you seen this video? I think you should watch it and if you were a very "WISE" man, and if you love women, children, people, mankind you will put some of those big bucks into Stopping the Miss Representation of Women.

Shame on you Richard. But you CAN make it Right! I hope you will.
http://www.missrepresentation.org/

I'm not going to post that photo or any links to it. If you didn't see it, I'm sure you can google it. But I won't be a part of exploiting the miss representation of women in the media.

Posted by Tina Winterlik at 7:50 AM No comments: